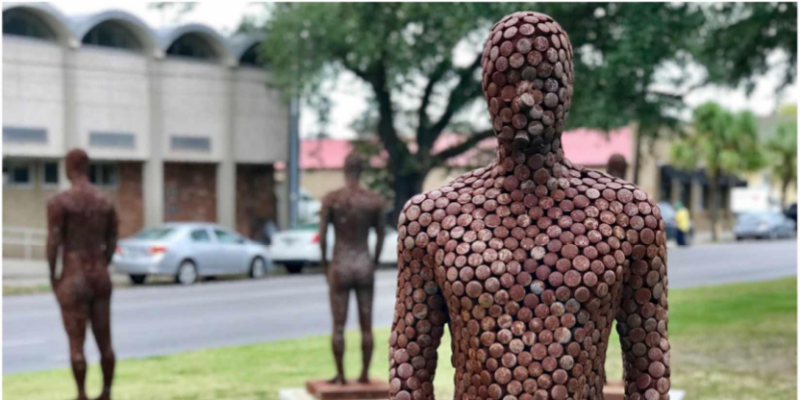 From constantly drawing during church to digging clay from creek beds to form small animals, the opportunity to create and be creative has always driven sculptor Jason Kimes. He said it was this natural inclination that led him to study art in school. After taking his first sculpture class in college, Kimes immediately selected sculpture as his preferred medium and went on to grad school at Southern Illinois for his Masters in Fine Art.

In grad school, Kimes said he learned many ways of making sculpture from clay, plaster, wood and metal.  After graduation, Kimes started to weld tiny pieces of metal into the molds in place of the cast metal. “I’ve been developing that basic process ever since, which has allowed me to create work on much larger scales than I’d be able to produce through casting,” Kimes noted.

After using scrap metal for years after school, Kimes discovered weathering steel and the advantages of using it for sculpture. “It wasn’t until my first order from Central Steel that I felt like a real sculptor,” Kimes joked.

The scrap metal Kimes used before weathering steel was only mild steel, which was not a long-lasting material. “I was aware of corten, back when it went by that name, as a material from studying sculpture on my own and in art history classes and was aware of the properties that made it preferable.” Now, weathering steel allows me to retain the natural patina without worrying that the sculpture will have a shorter lifetime, Kimes said.

Because most of his first outdoor sculptures were made using remnant material, Kimes wanted his work to remain consistent. “My first use of weathering steel was one inch solid round stock that I cut into small pieces to reproduce the remnant punches in weathering steel,” Kimes described. “I went through several tons of weathering steel round stock and many, many bandsaw blades. Eventually, I was able to create a human figure at three times life size weighing almost 6,000 pounds and made from more than 18,000 pieces of round stock.” 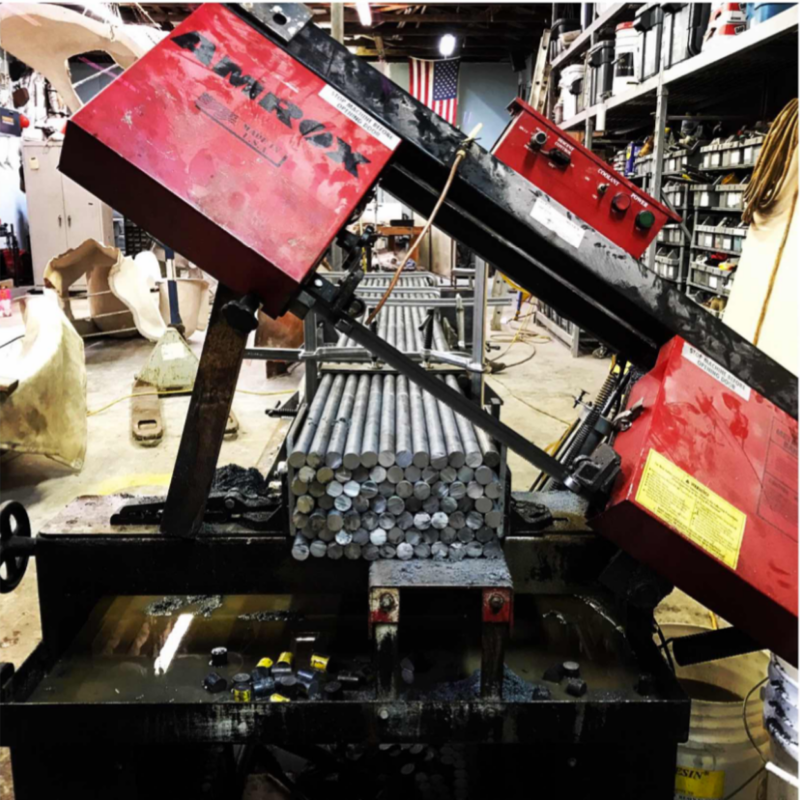 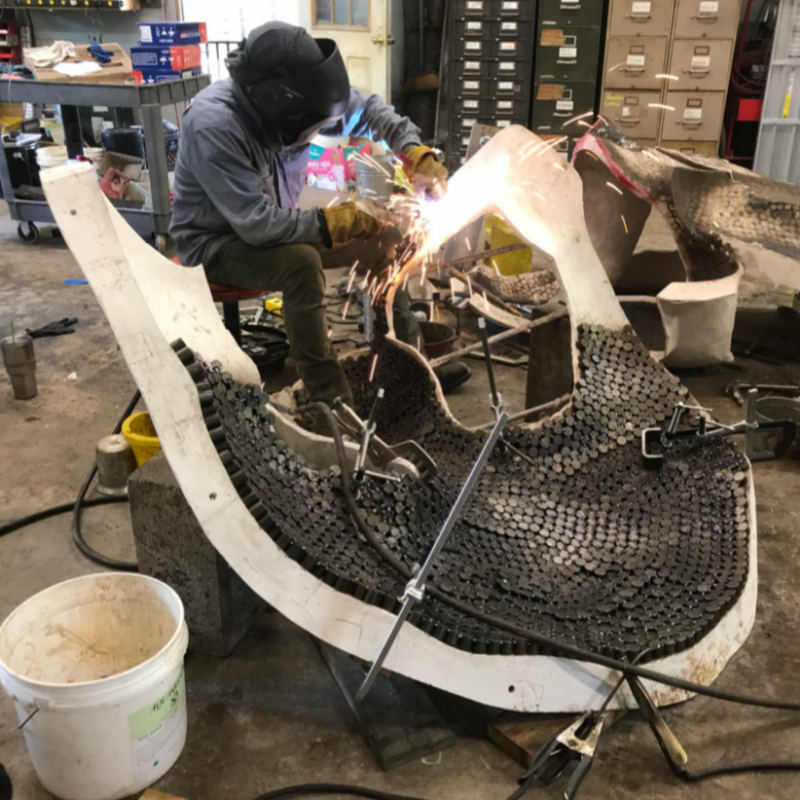 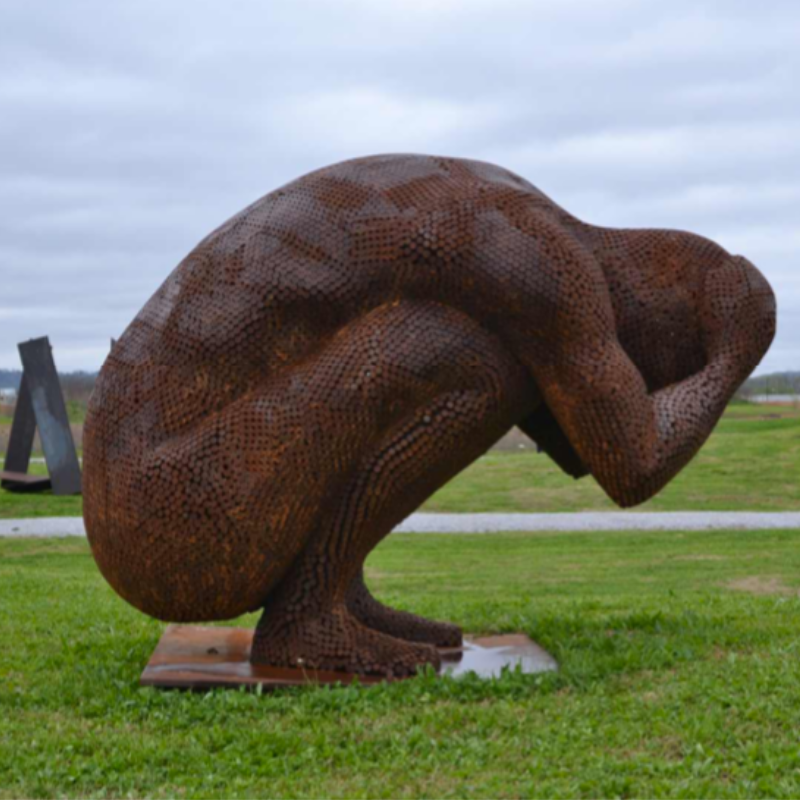 Sculpture made from more than 18,000 pieces of cut weathering steel rod

As a figurative artist, Kimes creates work of or inspired by the human form. Creating these life size human figures is a large undertaking. “For a long time, to make the figure life size, I literally wrapped a model in plaster to create a human-shaped mold. Imagine a human-shaped egg split into front and back halves,” Kimes explained. “Then, I’d weld small pieces together while lying on the inside of the plaster mold, which recreates the human form inside but in welded steel.”

Fortunately, Kimes learned how to streamline the process by incorporating digital technology. “A few years ago, I had a specific project where I needed to create a figure larger than life size,” Kimes explained further. “I quickly learned what can be done in 3D modeling through computers. Now, I incorporate this digital technology to scan a model and enlarge the model, as needed using software. With hundreds of oddly-shaped sheets of foam, I can recreate the original model at the needed scale. Lastly, I weld small pieces of weathering steel against the outside of the newly enlarged foam figure to create new, larger work.”

As you can see from the photos of his work below, the process creates beautiful, one-of-a-kind sculptures. We are proud to supply Kimes with the weathering steel he needs to create these impressive pieces of art. Visit Jason Kimes’ website to learn more about his sculptures! 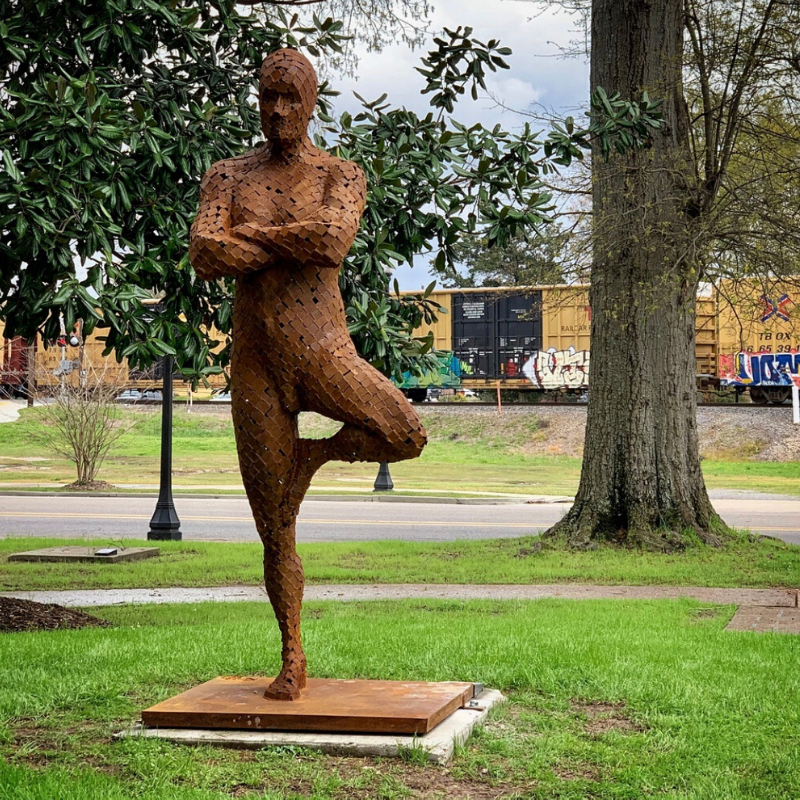